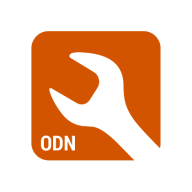 The purpose of this document is to define architecture and design principles of the system to fulfill requirements (for example as defined in COMSODE Deliverable 2.1 ‘User requirements for the publication platform from target organizations, including the map of typical environments’).

The system is split into modules that communicates using interfaces. Modules and interfaces are described in more details in particular sections. For each module it is described what is the role of the module and how it fits into context of overall system, including also description of its interactions with other modules. Some modules are describes also with alternatives that can be used to fulfill the functionality of the module.

Due to modularity of the system, it is possible to use the system in different deployment environments and also to use only some modules of the system and integrate with other modules and systems. Some deployment schemes are also described in the document.

Modules are licensed as Open Source, thus external contributors (essentially whoever) can improve the modules or extend the system. To facilitate that, also description of development model and environment is included  in the document.

This architecture was a base for initial implementation work of the COMSODE project. However, it may happen that some new component will be identified in the future, component which will better fulfill functionality of particular module. In that case, we will update the module description in this document accordingly, including explanation of the replacement.